Air travel chaos and cost of living worries have spurred a surge in bookings by Britons for domestic summer holidays, offering hope to a sector struggling with financial pressures and a worsening economic outlook.

UK domestic holiday businesses had feared 2022 would spell an end to the summer staycation boom of the pandemic’s first two years, when onerous travel restrictions and fears of catching Covid-19 deterred holidaymakers from international travel.

But inquiries and late bookings for domestic summer holidays have jumped since early June, after flight cancellations caused major travel disruption during the school half-term holiday and balmy weather swept across the country.

Last-minute bookings for summer holiday accommodation from Sykes Holiday Cottages, one of the UK’s leading holiday rental agencies, were up 22 per cent at the start of June, compared with the same period last year.

Just under 40 per cent of Britons said they were more likely to choose a domestic holiday instead of an overseas break than before the pandemic, according to polling conducted in mid-June and published on Friday by VisitBritain, the UK’s tourist board.

“Whether families think they can’t afford a summer getaway abroad, or they’ve had their flights cancelled, or the potential of sitting with four kids for 12 hours in the airport has just scared them off, many are opting to stay at home,” said Sir David Michels, president of the Tourism Alliance, a lobby group. “That’s a net-positive for the UK tourism industry.”

Michels said he did not expect demand for domestic holidays this summer to surpass the heights of summer 2021, but it was possible levels of demand could mirror last year.

Cottage bookings on Awaze, a vacation rental company, for June were flat compared with 2021 and up 21 per cent on 2019, while bookings for August this year were 6 per cent higher than the same month last year and 46 per cent up on 2019. July was slightly down on 2021 levels.

Graham Donoghue, chief executive of Sykes Holiday Cottages, said the UK was “continuing to ride the staycation wave despite the return of foreign travel”.

“Uncertainty around Covid restrictions has seemingly been replaced with another worry — overseas travel disruption — while an increased pressure on household budgets is leading to many turning to staycations as the better value option,” explained Donoghue.

On Thursday, British Airways check-in staff voted to strike later in the summer over pay, setting the stage for yet more air travel disruption.

He said people had been “introduced to the charms of staycations” during the pandemic and they were “here to stay”, adding that pandemic travel restrictions had combined with a “gradual trend of people thinking more and more about their CO₂ footprint” to encourage more families to consider holidaying locally.

Meanwhile, members of the trade body UKHospitality reported a 20-30 per cent uplift in inquiries over the platinum jubilee weekend in early June from customers searching for holidays in late summer or over the school half-term holiday in October, according to Kate Nicholls, chief executive.

Nicholls said the extension of the staycation boom would provide a lifeline for independent businesses, which have been hit hardest by cost pressures resulting from supply chain issues and the war in Ukraine. 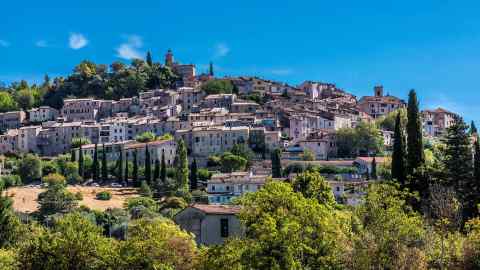 “British holidaymakers will tend to go for the less obvious options,” said Nicholls. “There’s a proportion of customers who will always go branded, but there is also a proportion of domestic visitors who are much more confident about going off the beaten track and looking for independents, looking for boutique options.”

The success of domestic tourism has become more significant because inbound tourism is not expected to rebound to pre-pandemic levels until 2025.

The task for the industry now is to convince British holidaymakers to keep returning in future summers. “If the sun keeps shining, I think it’s going to be a much fuller UK with UK residents than summers before the pandemic,” said Michels. “We’ve now had three years of lots of people holidaying at home. I don’t think this is going away.”

“The longer this trend lasts, the stickier those habits become and the more beneficial it will be for communities across the country,” said Nicholls.

Volvo dips in to Europe’s ‘seized up’ bond markets

Liberal Newspaper Claims Florida Under DeSantis Is Like Communist Cuba

Are You A Woman Who Can’t Work From Home During The Pandemic? We Want...